Background: Nobiletin is contained in Shiikuwasa fruit, a popular citrus fruit from Okinawa Prefecture in Japan. Nobiletin reportedly acts as a strong antioxidant, an anti-inflammatory agent, and an anti-cancer agent, and it suppresses the expression of TF which triggers blood coagulation. However, in vivo verification of in vitro reports is necessary. This study used a rat model of LPS-induced microthrombosis based on the in vivo studies as previously reported. Sustained intravenous injection of LPS changed all blood coagulation indicators in the direction of thrombus formation. The aim of this study was to determine if intake of nobiletin could suppress DIC-like symptoms.

Methods: Experimental SD rats were fully anesthetized and fixed to an operating table. Either LPS alone or nobiletin (50 mg/kg) plus LPS was given to rats to investigate the repressive effects of nobiletin on the expression of blood coagulation factors.

Conclusions: Nobiletin was found to reduce LPS-induced DIC-like symptoms in rats. In the fluctuations of blood indices related to the coagulation cascade, nobiletin suppressed the LPS-induced expression of PAI-1 and TF more effectively than other indices. The binding sites of transcription factors that are activated by LPS-induced signals reside in the promoter areas of TF and PAI-1 gene sequences. Thus, the suppression of TF and PAI-1 expression by nobiletin appears similar to mechanisms previously evaluated during in vitro experiments. Importantly, nobiletin repressed fibrin deposition in the renal glomeruli induced by LPS treatment and improved overall health. Nobiletin may function as an anti-thrombogenic agent when ingested daily.

This work is licensed under a Creative Commons Attribution-NonCommercial 4.0 International License.
x
Message 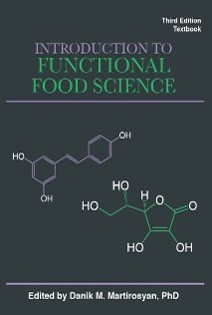